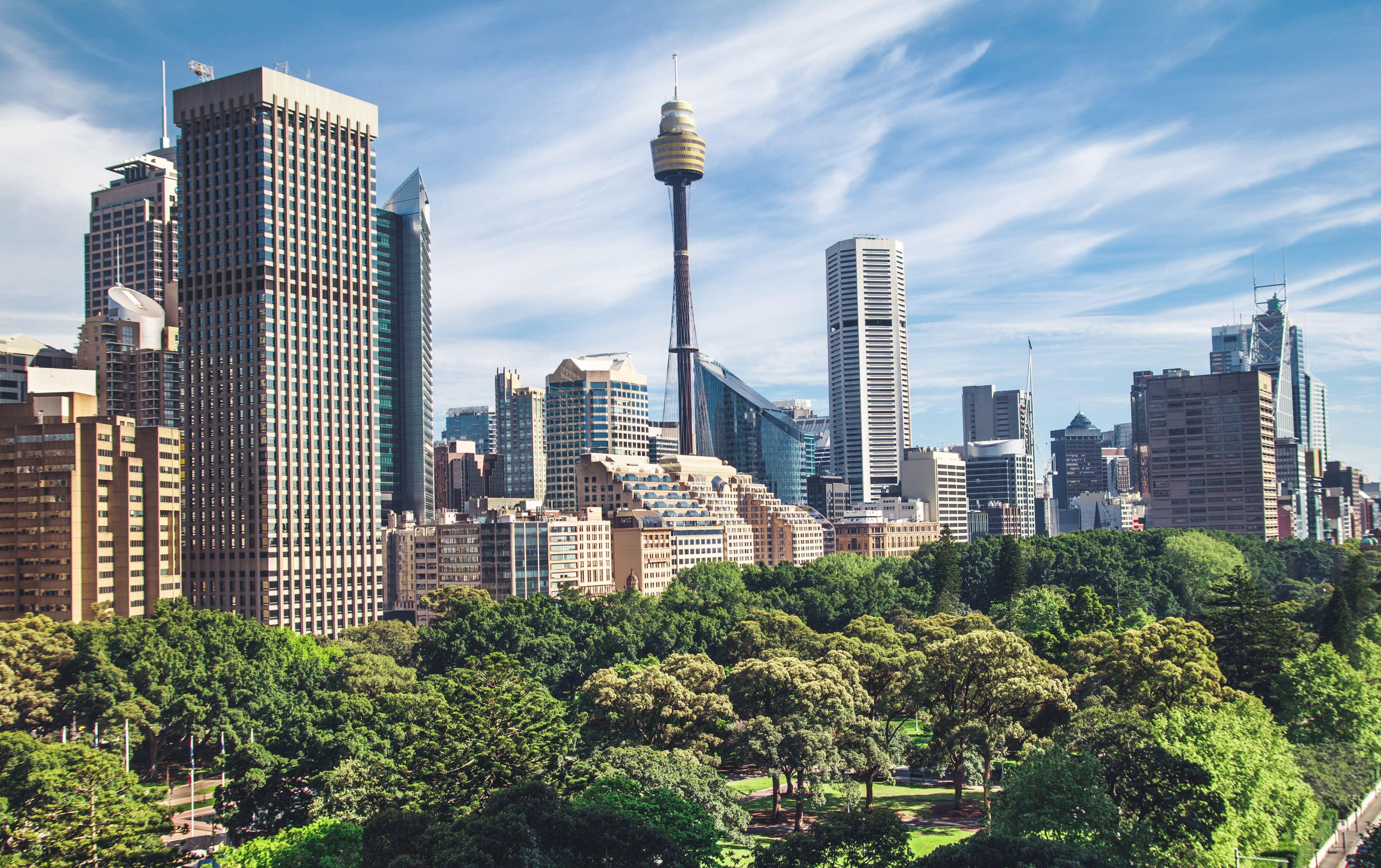 The CBD (Central Business District, which is simply referred to as «the city») is always bustling with life, you can smell business opportunity around every corner.

The City is where the action is, with well-developed transport infrastructure, it’s easy to get to that business meeting wherever it may be. 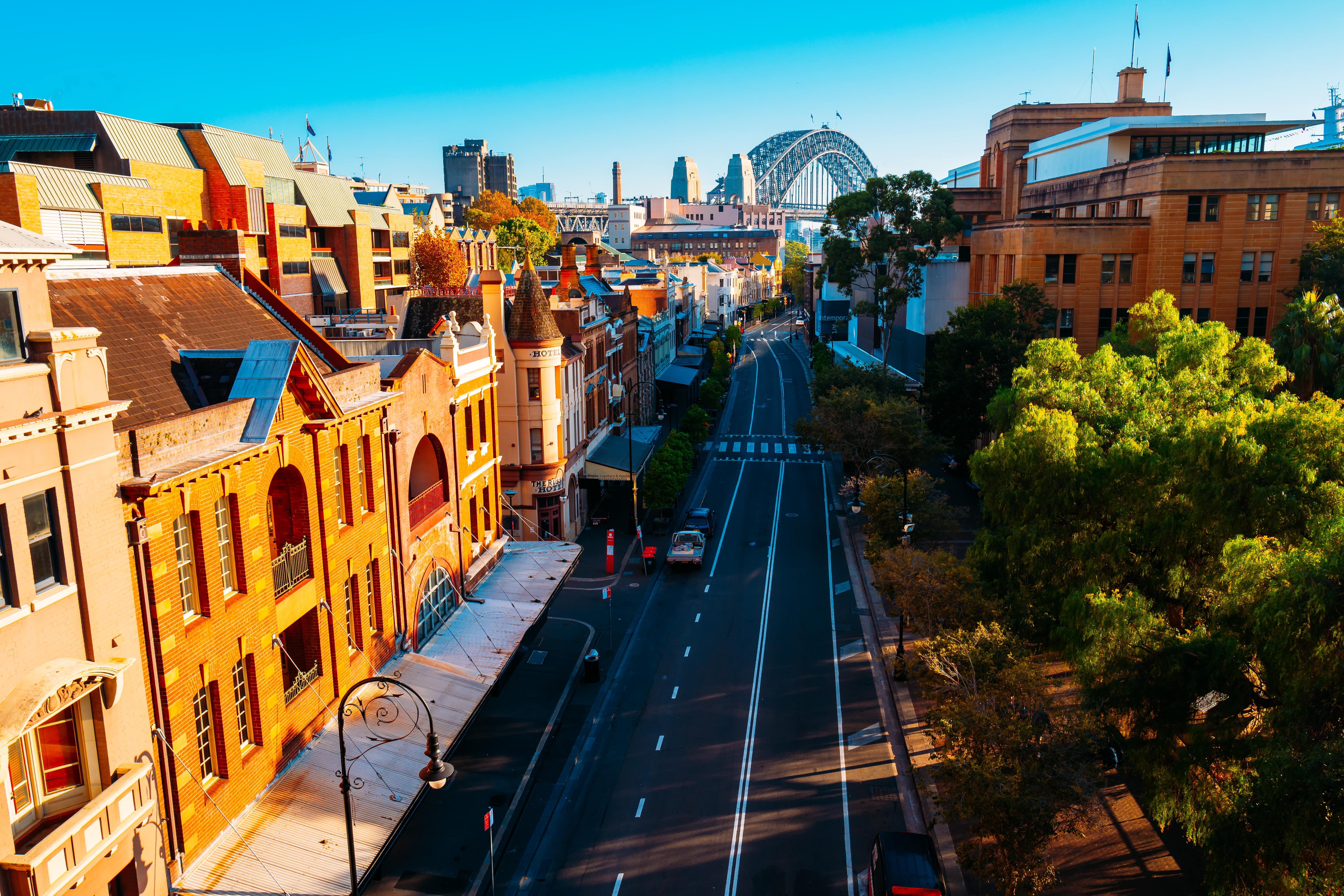 Located in the northern part of central Sydney, The Rocks is often described as the birthplace of Australia, being the site of the first white settlement which arrived ‘down under’ in 1788.

The area is a mix of colonial buildings and modern structures intended to blend with the architecture of the past. There are many pubs, restaurants, and speciality shops to be found in The Rock’s streets and alleys developed transport infrastructure, it’s easy to get to that business meeting wherever it may be. 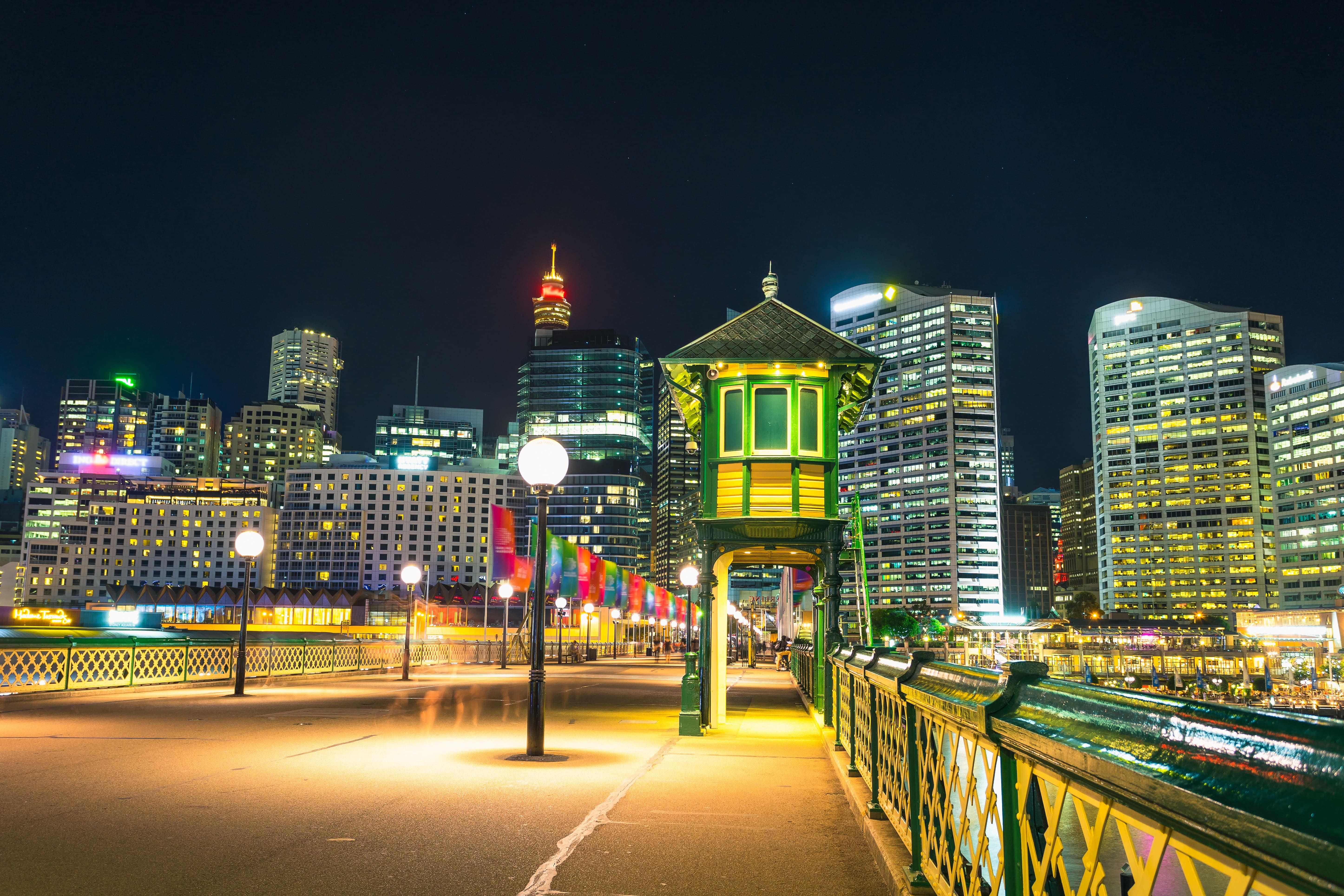 Pyrmont-Ultimo is situated on the western side of the CBD and like many suburbs of Sydney, it has a rich history.

Pyrmont and Ultimo have undergone colossal changes during the last two centuries. It’s hard to imagine that this landscape was once filled with the sounds of quarrying, smoke from ironworks and power stations, combined with a sweet smell from Colonial Sugar Refinery (CSR). 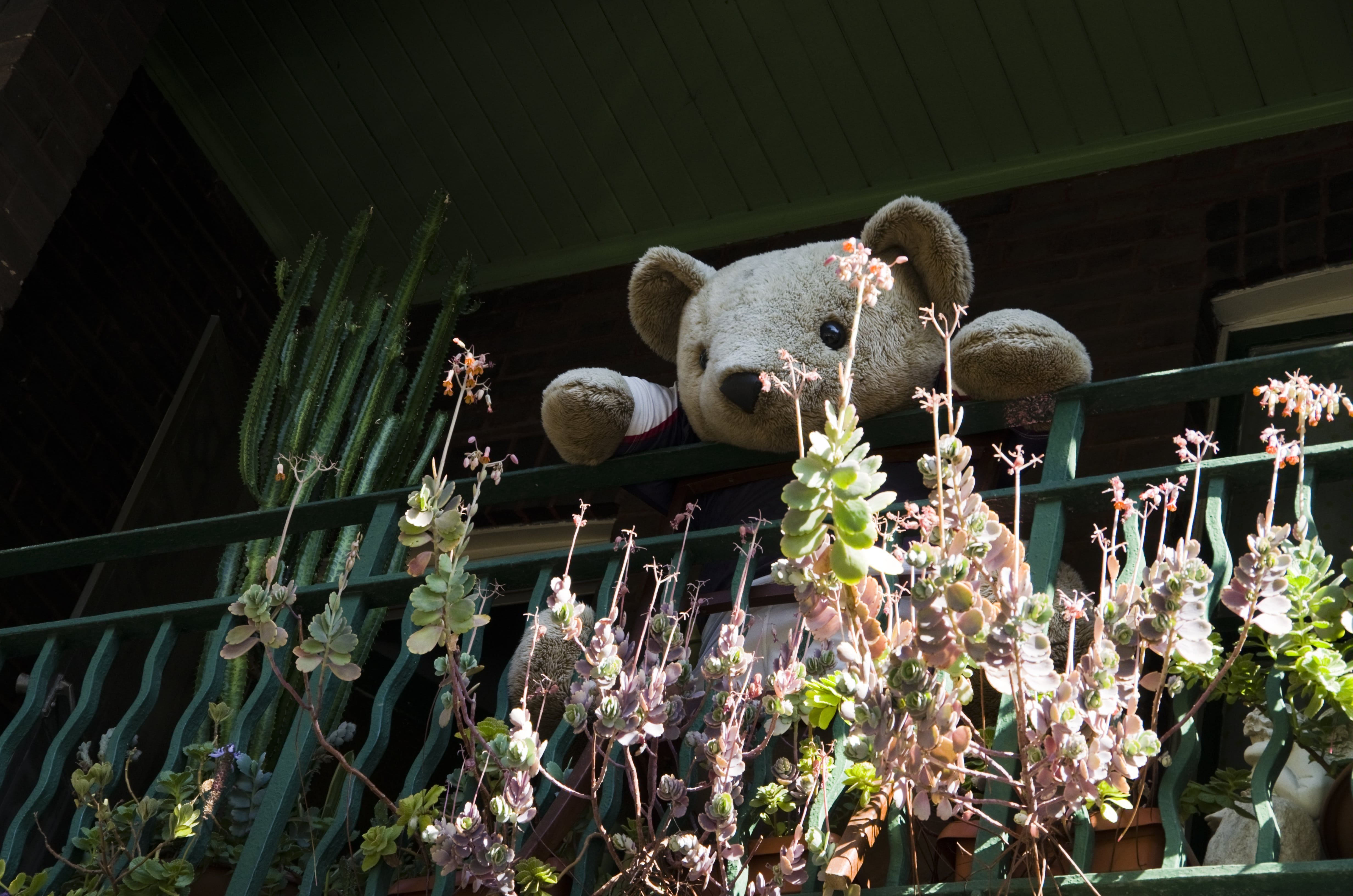 Once home to Sydney’s rag trade, this bustling inner-city suburb has converted its industrial warehouses into trendy gallery spaces and million-dollar apartments. Surry Hills is a place of contrasts, of streets lined with blossoming jacaranda trees, high-end boutiques, and renovated terrace homes. But the area’s most defining trait is its ever-evolving food scene — home to some of the best coffee in the city, there’s no shortage of new eateries, serving everything from New York-style bagels to award-winning Japanese cuisine. 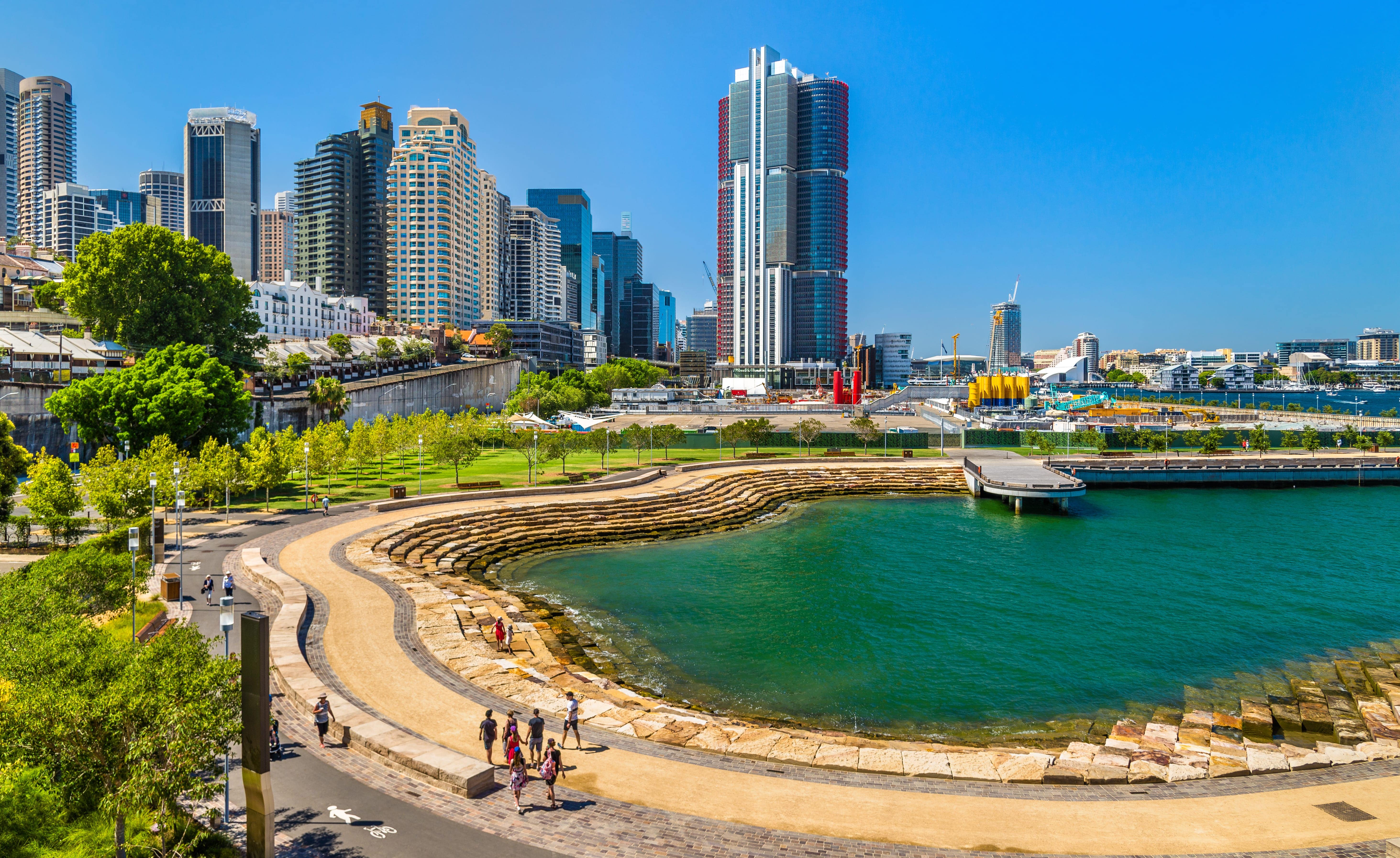 Located on the western side of central Sydney, Barangaroo is undergoing a major transformation from a disused container terminal to a 22-hectare waterfront precinct.

It’s quickly becoming the new hottest address in Sydney. It showcases some of the best contemporary art and is home to regular design markets. When the planned development will be completed (2024), it will accommodate more than 23,000 workers and residents, and host thousands of visitors each day.

North Sydney has always been associated with upper class and prestige, setting up a business in this part of town is highly recommended if you’re planning to attract wealthier clients.

A lower north shore office location sends a message of exclusivity and luxury. 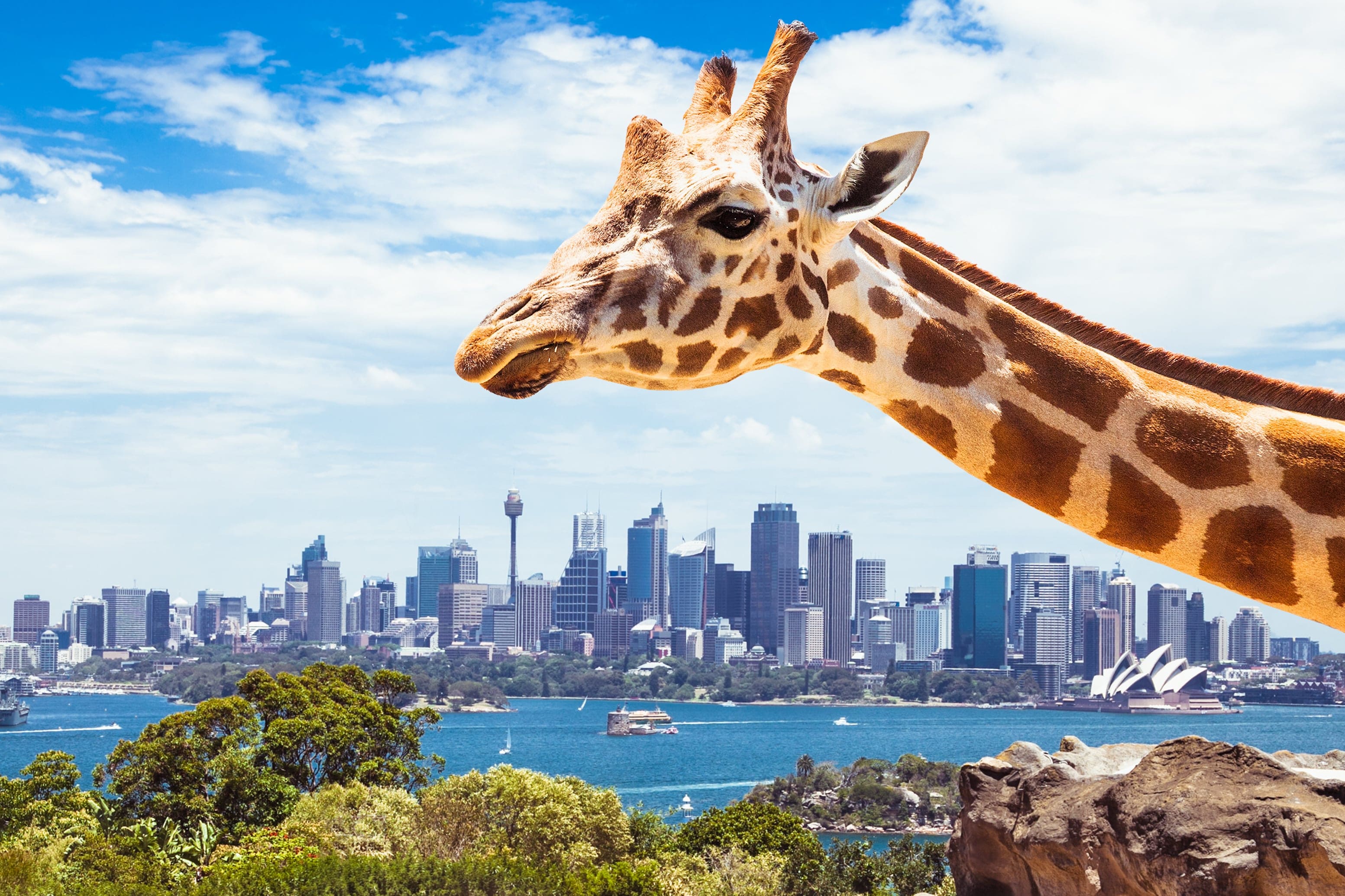 A suburb that tends to be better known for its commercial scene than its homes, St Leonards is transforming into one of Sydney’s high-rise living hotspots with construction sites around the suburb telling the story of a neighbourhood in flux. The local government is still to decide how much development will be approved, but plans are already underway for many more high-rise apartments to be added to the landscape. 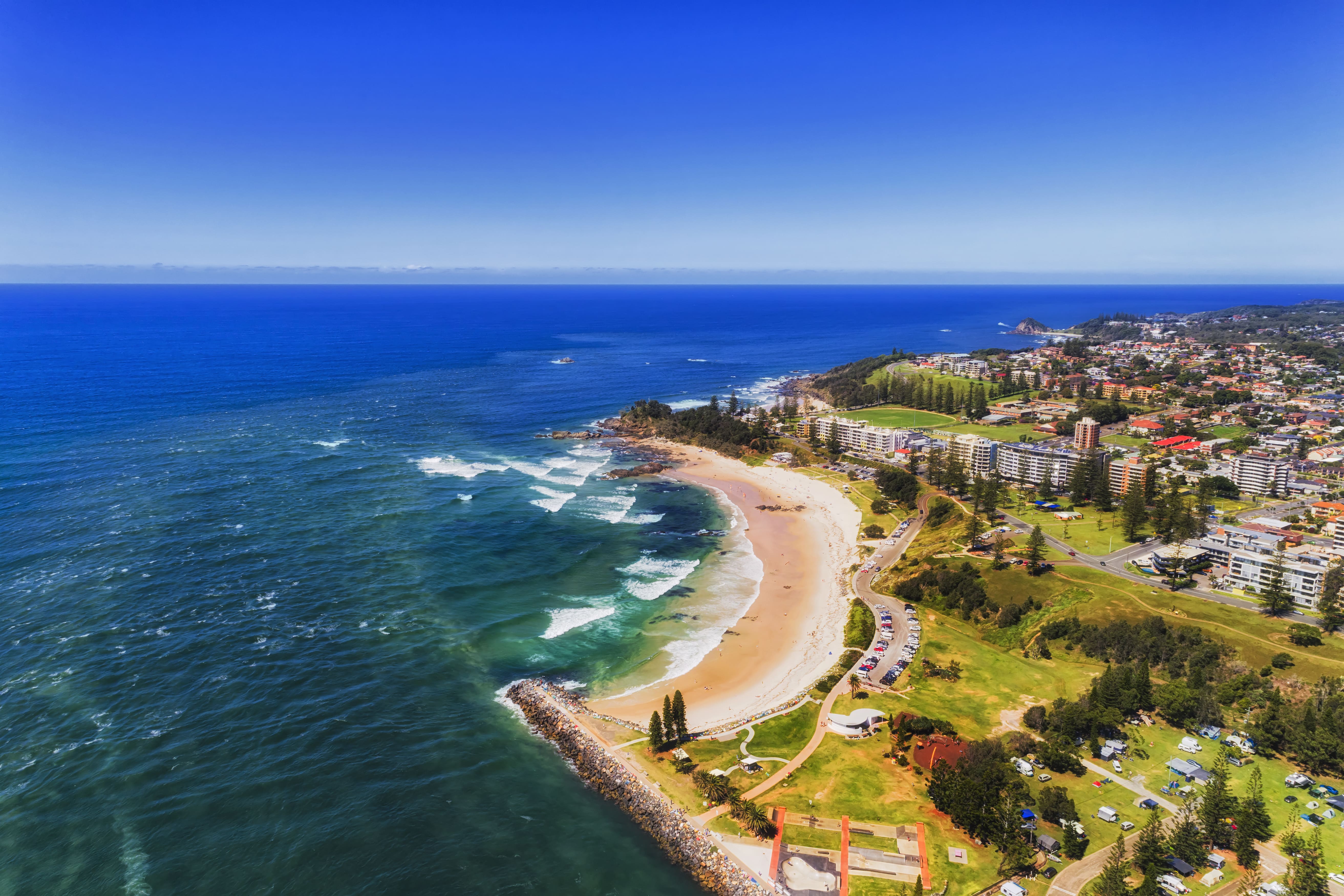 Macquarie Park is a vibrant business district that’s on the rise and headquarters location for a number of ASX-listed companies.

Today’s major commercial and retail centre at Chatswood is predominantly a post-World War II creation through a decision made in 1948, under the County of Cumberland Planning Scheme, to develop the suburb as a District Centre. Chatswood City Centre is now one of Sydney’s largest regional commercial and retail centres and a major transportation hub.

The south of Sydney is home to over 50 successful companies like Telstra, Bosch, Sunbeam & Mazda, to name a few. The south is undergoing massive development and upgrading, turning it from a mosty industrial, concrete landscape to an edgy, creative utopia — a magnet for fashion, art, and design professionals. 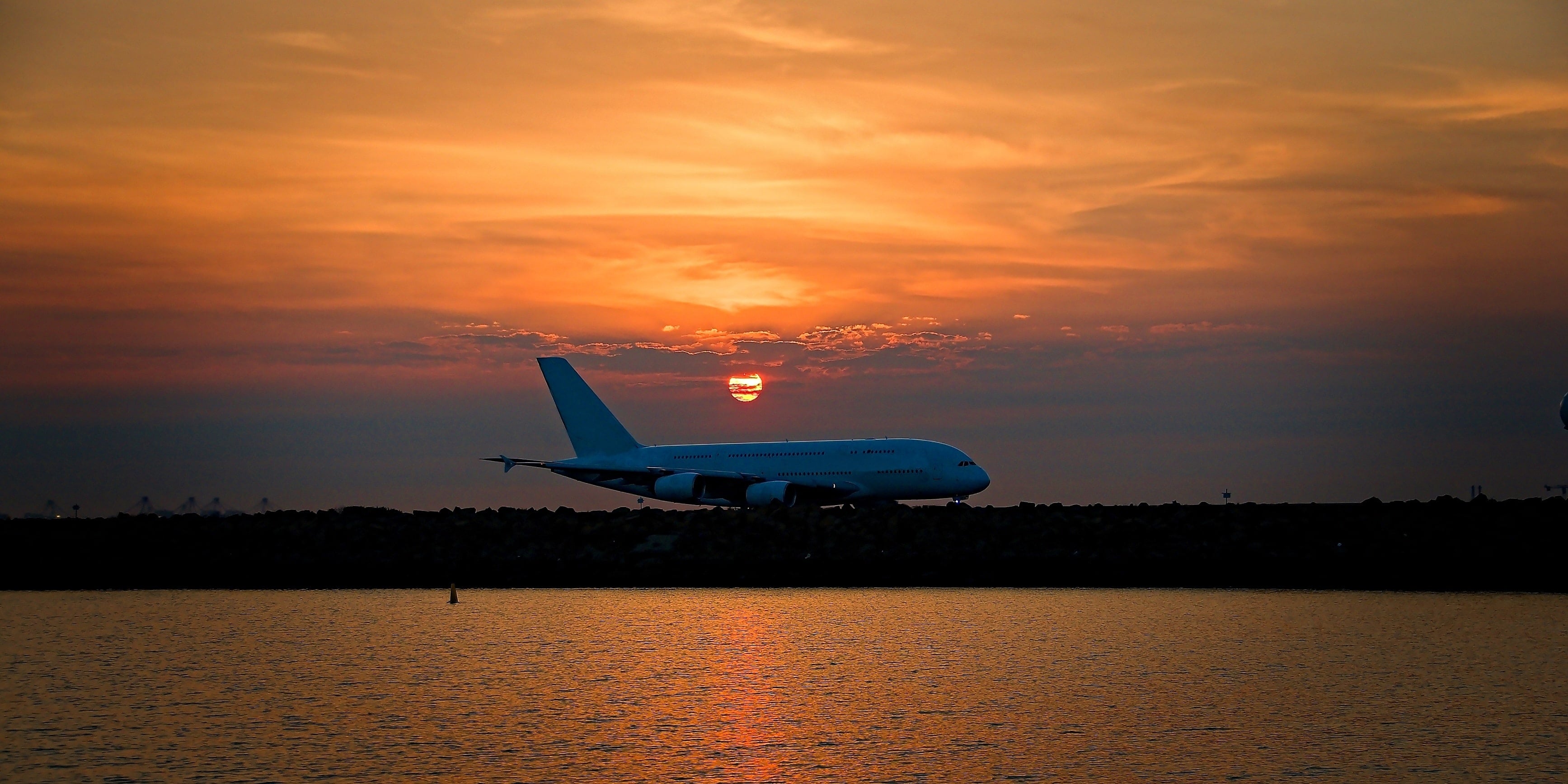 Being the largest city on an isolated continent, Sydney (Kingsford Smith) Airport (colloquially Mascot Airport) is one of the busiest airports in the world, handling between 40-50 million passengers, and gazillion tons of goods, per year. Located in Mascot, the area around the airport has a mixture of residential, commercial and industrial areas, which is currently being redeveloped to contain more high-density commercial and residential developments. 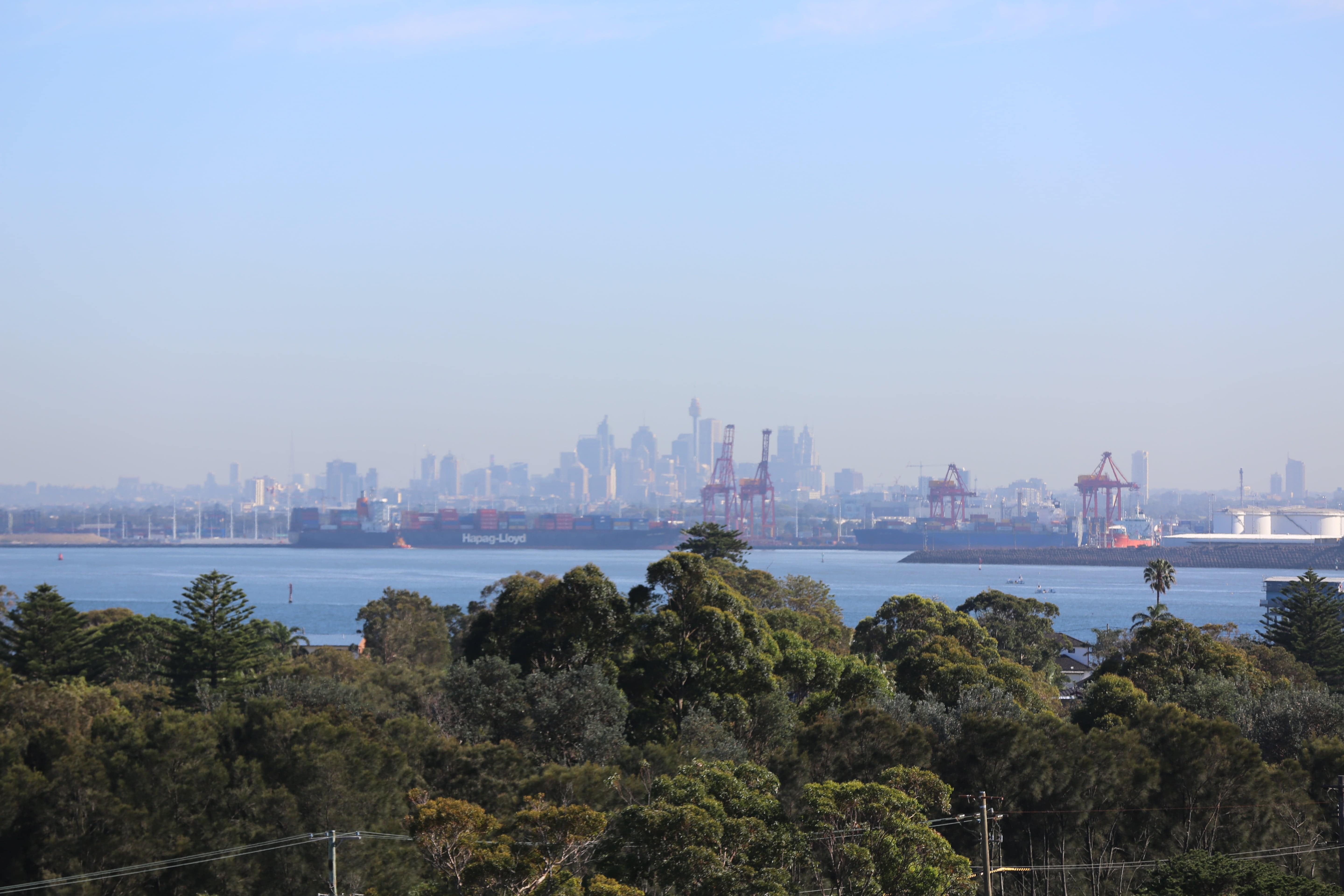 Located just south of Sydney’s CBD, Botany is an ideal location for potential growth. It’s the site of Sydney’s major port (Botany Port) and as such, it’s a suburb with extensive commercial development centred on shipping and freight — and if you travel often, Sydney Airport is only a 5-minute drive.

The east is the land of Sydney’s rich and famous, all located within a relatively small pocket between the eastern border of the city and the coast of the Pacific Ocean. The Eastern Suburbs hold some of the country’s most exclusive and expensive real estate, designer boutiques, top-end dining and drinking destinations, as well as some of the very best beaches in Australia such as Bondi or Coogee. According to Deloitte, Sydney’s western suburbs have turned into the strongest growth areas over the last 5 years with Parramatta and its surrounding suburbs recognised as Sydney’s second most significant business area in Sydney, after the CBD.

| ‘Shop till you drop’ is what locals most associate with Bondi Junction, mainly due to the six heavenly levels of pure shopping bliss offered by the huge Westfield Shopping Centre. It’s one of the largest (fifth) commercial and shopping centres in Sydney’s east. 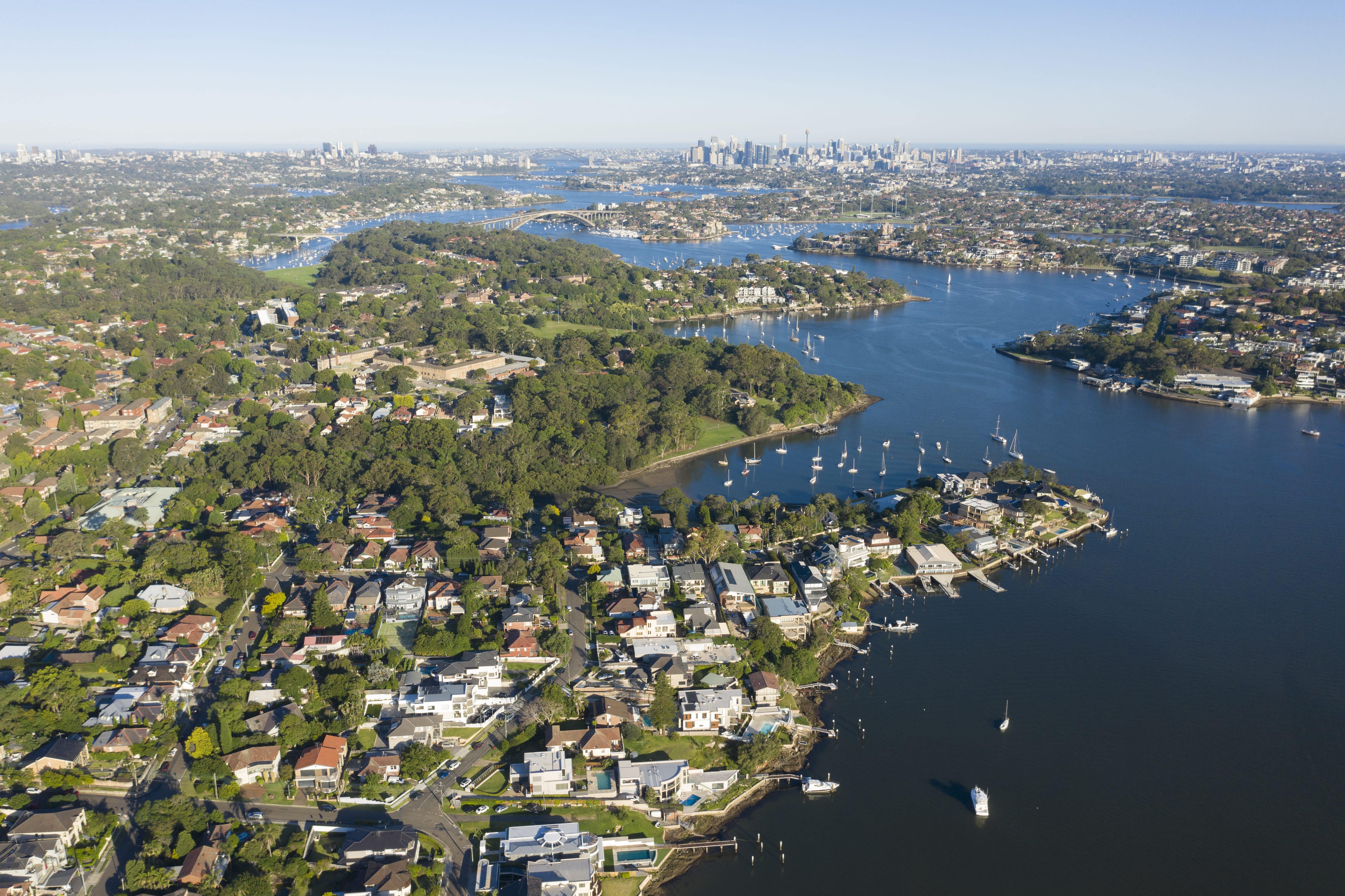 Parramatta (dubbed Sydney’s «second CBD») is a major business and commercial centre. It’s home to Westfield Parramatta — one of the top 10 shopping centres in the country. Parramatta is also the major transport hub for Western Sydney, providing access to trains and buses, as well as a ferry wharf. Light rail and metro services have also been planned for the near foreseeable future. 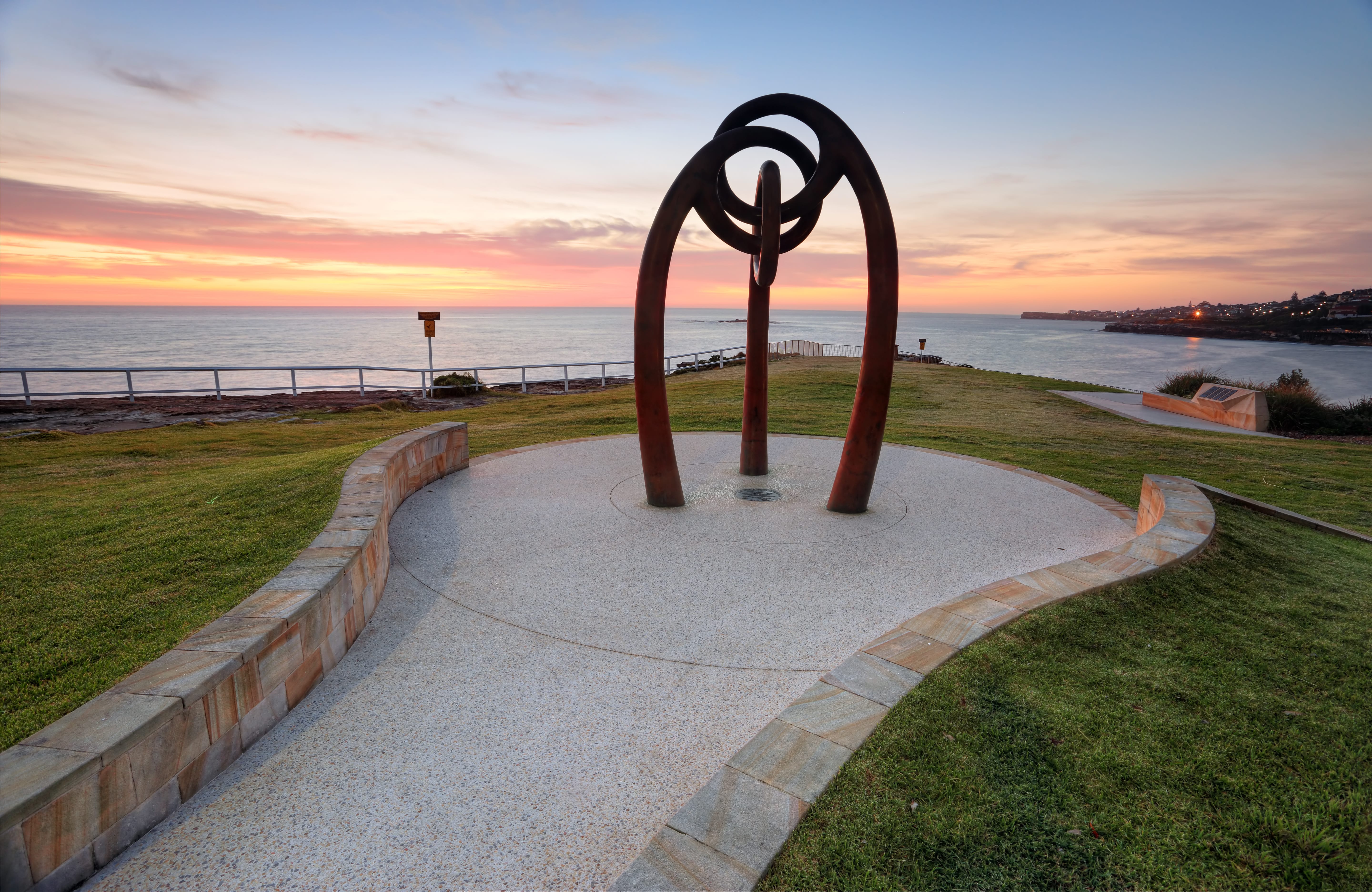 Among the most renowned suburbs, Randwick is situated about 6km east from the central business district of Sydney.

I have been looking for an office space on multiple websites and I've left a few requests online on flexioffices.co.uk. A lovely lady called Natalie contacted me straight away and really was so hel...

Excellent service from the start

Excellent service from the start Within 2 hours, Amy had arranged 5 office viewings all within walking distance of each other. Best of all, Amy fully understood our brief and provided us with so...

Jon Ward was very professional and helpful. We had originally approached two agencies but were inundated with unsolicited emails as a result of our use of the other agency - with Flexioffices we on...

London Office Space If you're considering serviced office space in London I would highly recommend working with Jon Ward from Flexioffices. I used Flexioffices two years ago to find the space we'r...

Julian was my main point of my contact. He is the reason I accepted Lock studios. He was professional, prompt and professional with his communication skills. He understood my needs and worked towar...

Julian, is the type of employee every business ...

Julian, is a true professional, listens carefully to your needs and then provides exactly what you're looking for as if your were doing the looking for it yourself. I was truly impressed, with his...

Julian's advice was invaluable for us

Came across Julian from a mailshot and downloaded FleixOffice's thought piece on offices and the current pandemic. Julian rang through and we had a great chat about what kind of rental contracts w...

Great service. Ann quickly understood what kind of office space I was looking for, found several suitable options and arranged viewings for me. All I had to do was tour the offices and make a choic...

Jon helped us find the perfect office. He was friendly, prompt and always made himself available when we needed him. Highly recommended.